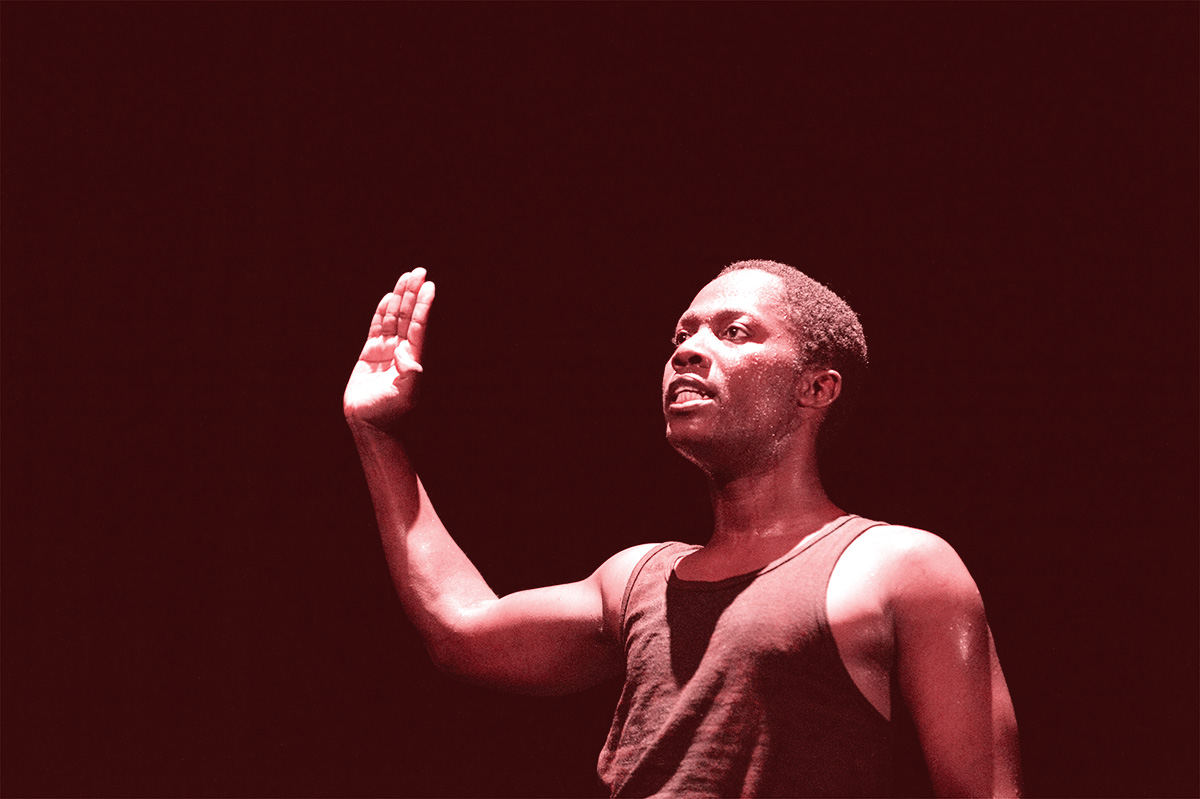 Tempo e Espaço: Os Solos da Marrabenta explores an identity crisis. It deconstructs cultural representations of a “pure” African body, in particular, the body of Mozambique. Since its independence from Portugal in 1975, Mozambique has been a land of social and political clefts, coming from an inflexible communist model to gradually pave the way for a fragile democracy. The performance works on the ideal African body of today: a body that absorbed the ideals of nationalism, modernity, socialism, and freedom of expression. The work is accompanied by guitarist Jorge Domingos, who researches into Marrabenta music, a musical form born in the 1950s from a mixture of local and European influences, especially the Portuguese guitar. Presented for over seven years in countries around the world, Tempo e Espaço: Os Solos da Marrabenta is one of the decisive works of modern African dance.

Panaibra Gabriel Canda was born in Maputo, the capital of Mozambique, where he lives. He started his career in 1993 as a dancer of traditional African dances. He took a part of his training in modern dance at several workshops in Lisbon (organised by the project Danças nas Cidades), where he worked with artists such as Vera Mantero, Frans Poelstra and Meg Stuart. In 1998 he founded CulturArte, an organisation to promote the development of art projects, workshops and training for African choreographers.