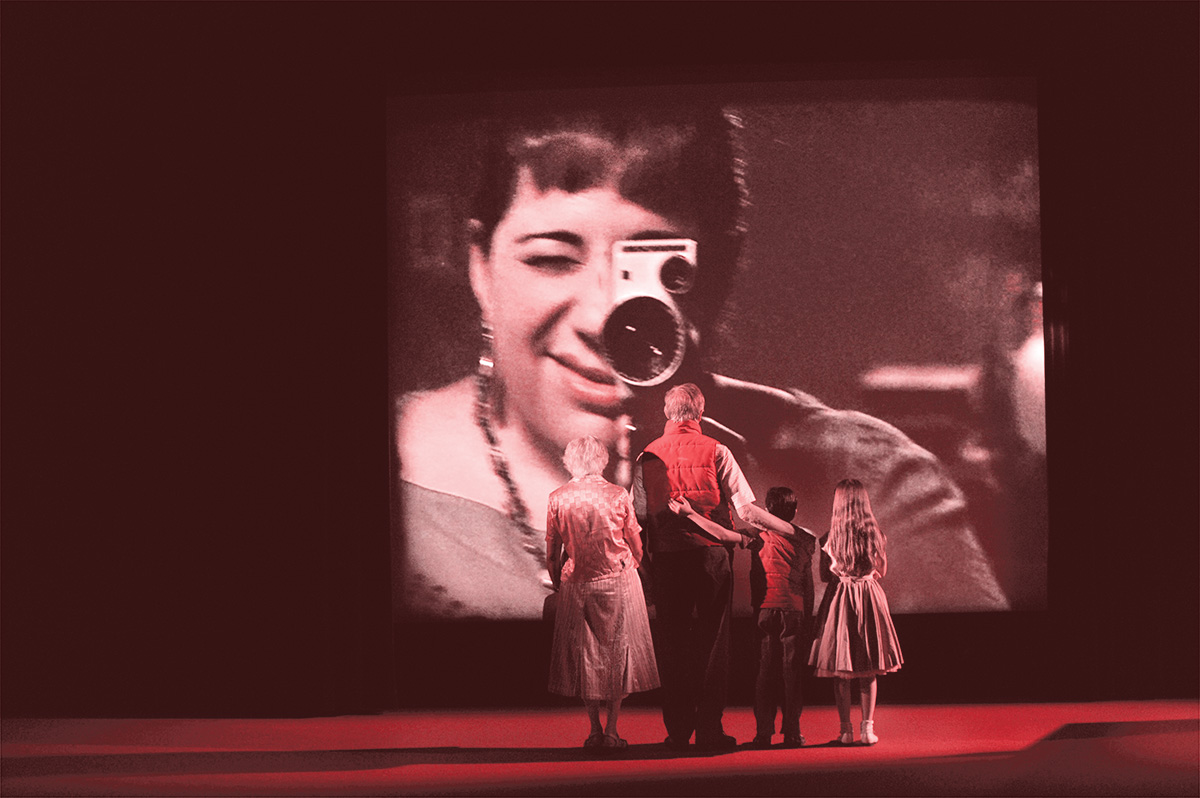 Yo en el futuro, as described by Óscar Cornago, is a kind of stage ceremony lasting shortly less than an hour; a ceremony, therefore, of repetition. It is the ritual of showing something and showing oneself to others, and what is shown here are some films that the same characters recorded when they were children. Like any ritual, it has some confrontation with the past which becomes present on the scene, as something that is already known, learned beforehand. The projection of these recordings occupies the centre, but they are not the centre of the work; the centre is what happens on the scene, what is happening while these images are being shown, how they are being watched and what the viewers are experiencing, another scenic process by nature. This act of watching gives rise to a small ritual of initiation, where the elders initiate the minors by showing them something, watching them, and, in a sense, projecting their lives. As in every ritual there is a degree of violence, the violence of an imposed (scenic) order, the precise order with which everything has to happen, with which everything has to be repeated; the trauma of passing from one state to another, from childhood to adolescence, from adolescence to old age, the violence of loss.